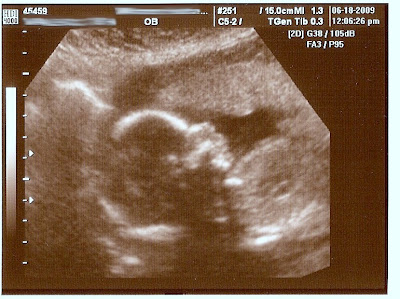 Profile view of baby's head. You can see forehead, nose, lips, and chest. 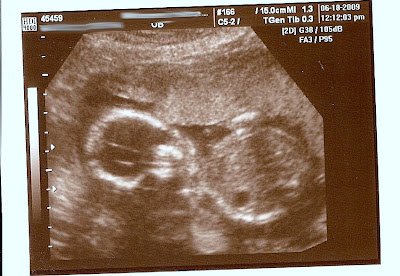 Front view of face and belly.

Which is odd for our family but Emilie is thrilled!

In fact, if baby turns out to be a boy after all the looking we did and ZERO boy parts, 100% girl parts, she offered to babysit our other children and send us to dinner... but it's not going to happen.

Trip to Illinois via Arkansas :) 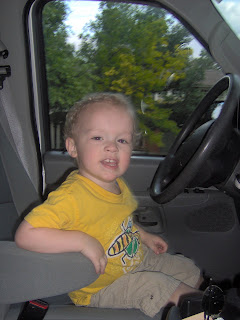 No, Timothy didn't drive... this was after we got back while cleaning up after Pack meeting and I had the two youngest in the car waiting. 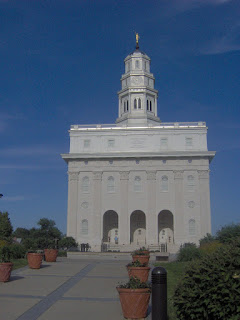 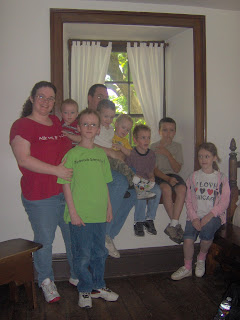 Family at Carthage Jail in Illinois 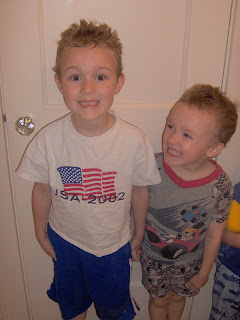 Nathanael and Samuel spiking their hair. 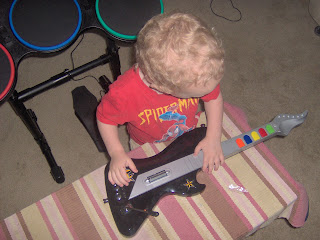 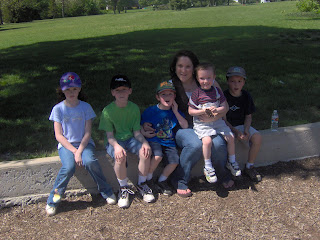 At the park with Aunt Amanda 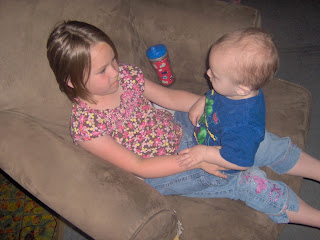 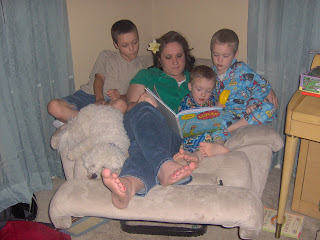 Reading with Aunt Amanda (I guess we saw her the most, we don't have many pictures of everyone else!) 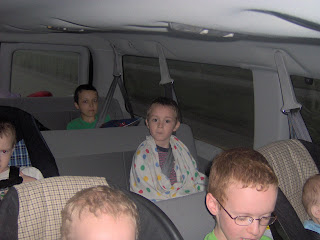 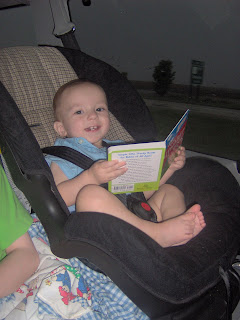 
It was a fun trip. I wish we had more good pictures of everyone we visited, but this was just a taste. We got to see the Sperrys, the Engers, Tom's parents and his two sisters, Alex and Gretchen, Abram and Jennifer, Aaron and Megan and their kids Jacob and Holly... Adam and Meredith and their little Gregory are in China and Anton and Ashley and Jackson are in Oregon so we didn't see them, but it was good to see Tom's brothers we hadn't seen since the move to Texas. We got to visit some church history sites with the kids and see the Nauvoo temple for the first time. The last time Tom and I were at Nauvoo was while we were dating... "just friends" according to what his brothers and sister said we said... though I did get a horseshoe "ring" on that trip. The Nauvoo temple has been rebuilt since then :) 14 years ago, can you believe it? 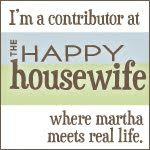