Recent pictures of my crew 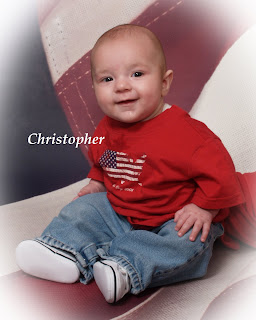 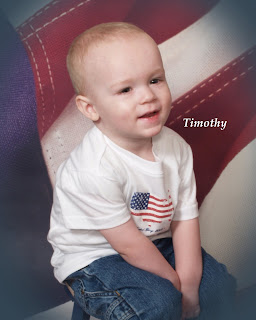 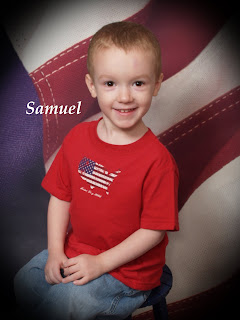 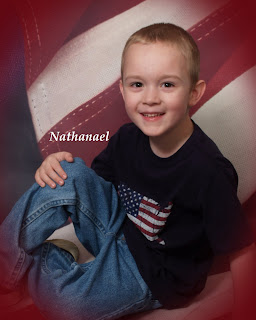 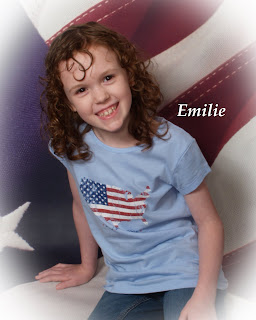 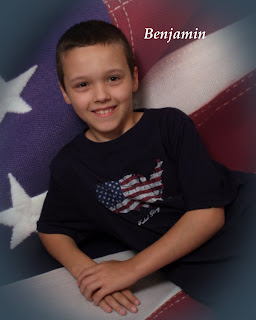 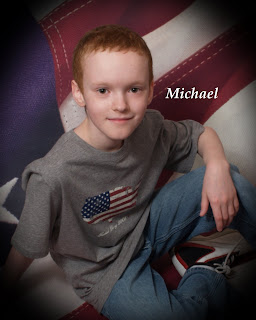 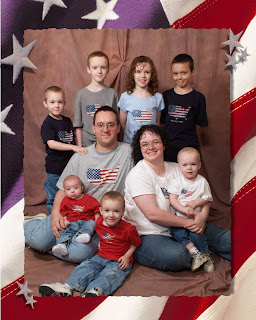 These were all from July of 2008 at our local Sears Portrait Studio, where I worked part time until September. I'll post more... I went and got more pictures taken after these, but these are our most recent family pictures :)
Posted by Tom/Tabitha at 3:26 PM 2 comments:

Why I love homeschooling!

Michael (12 in a month) is doing algebra. We discuss what he's learning and what he finds interesting, but he is mainly doing it by himself some days. He is learning Latin. He is learning Spanish (beginning). He is writing his own language and translating his poems he writes into this "Elvish" language. He is reading Eragon and the rest of the series (which we enjoy as well) as well as the Lord of the Rings. He has his 1st class in Boy Scouts, earning many merit badges, and working hard towards Eagle. He was the narrator of the children's program this year at church. He is doing Literature and Language Arts on top of all that. History and Science are somewhere in there too.

Benjamin (10) just earned his Bear in Cub Scouts, and is working on Webelos. He just earned his Traveller Activity Badge, which involved a lot of map work and research, as well as his Map and Compass pin and belt loop as well as his Geography Belt Loop. He likes his Math as long as I am there to do it with him. He is working on his Fitness activity badge (required for Webelos). He is reading all the Hardy Boy books as well as Harry Potter. He has read all the Magic Tree House books (I know, he's past that age now but he loves them) and he loves the research guides as well. He is very active and can hardly wait to do everything for scouts as well. He loves helping people. He is a favorite of everyone with small babies and all elderly members of our church. He likes to learn new things.

Emilie (8 1/2) loves learning. She also wants me to sit with her with math but she does 3 digit addition and subtraction problems in her head (so does Benjamin) and has no problem with new concepts. So I go between her and Benjamin when they work on Math. She loves Disney Fairies and has a set of the books she reads and rereads. Spelling is a downfall, but we're working on it. She loves to write. She loves the scriptures and learning more of our faith. She also loves to sing, dance, pretend, play, and help with younger kids. She wants to learn many different skills, and loves to cook. She has so much energy I don't know what to do with her some days but get it pointed in the right direction and you have something to be reckoned with!

Nathanael (5 1/2)learns by osmosis, apparently. He is reading at well above his age level and remembers things almost by accident. He understands concepts his older brothers and sister are learning without even trying. He speaks very clearly and is very accident prone. He now has cuts on both cheekbones, not just the one we took him to the ER for. He loves the Magic School Bus and anything to do with the shows or our computer games. He has too much going on to sit very long doing any bookwork (a great deal like Michael was, learning quickly and hating sitting to do anything) but I know he's learning. He likes his "writing practice" where I make him write something every day... like the big kids... and he comes up with fun things to spell and write. And then he remembers...

Samuel (4 in January) knows how to count to 100 but doesn't do it for show. He has known all his colors and letters for about 2 years now (Nathanael taught him). He wants to read but can't yet. He likes writing his name and doing his Preschool workbook. He loves matching games and helping. He loves to help with Christopher and Timothy too, even though Timothy is almost his size. He's learning to write and follow directions. He's learning all the time!

Timothy (2 in 2 weeks) seems to be learning more every day. Not too long ago he only said Mom, Dad, and Bubbles. Now he is trying to say car, truck, pickle, bye, ball, pooh, cookie, cracker, more... it's a start! I know he has a lot of people to talk for him but I was wondering if he'd ever even try talking! He follows directions and can understand everything we say and ask him to do... He is in a big boy bed but if he's not quite tired he doesn't stay lol.

Christopher (7 months this week) is trying to crawl. He can clap, make most noises and sounds, can imitate sounds, plays peek a boo, doesn't let go of what he wants to hold on it, sits up really well, scoots around the living room by sliding backwards... but doesn't do solid food at all. He wants ice cream, I think. Or steak. He's growing and learning every day too!

I can't believe how much all my children are growing and learning and I feel so privileged to be a part of it and witness it. I love being a Mom and I love this part of parenthood, being able to be involved in my children's education!
Posted by Tom/Tabitha at 3:06 PM 1 comment: